Save time -- get started today. 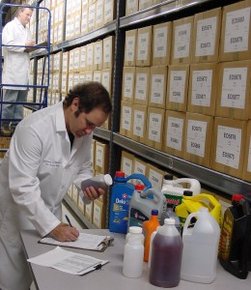 Founded in 1984 in Midland, Michigan USA, the Institute of Materials (IOM) provides reliable and unbiased data on the physical, chemical and performance associated characteristics of oil obtained from the worldwide marketplace.

In the early 1980’s a serious problem concerning a number of inadequate and potentially harmful engine oils in the marketplace was reported by major North American automotive manufacturers to the Society of Automotive Engineers (SAE). As a result, a confidential oil collection and analysis program was formed, which included periodic publication of the test results and private advisories to the manufacturers of substandard engine oils.

Subsequently, the Institute of Materials (IOM) was formed and began collecting engine oils from the North American market, carefully analyzing their properties and performance with standardized bench tests. The information was then offered to the automotive and petroleum industries. Since then, IOM has grown to expand its collection of engine oils to over 500 oils in the world-wide market each year.

With collections from around the world, including North & South America, Europe, Asia, Asia-Pacific, and South Africa, IOM offers the largest and most extensive publicly available source of independently obtained, accurate and comprehensive data on the physical, chemical and performance-associated characteristics of automotive engine oils in the industry. In total, IOM has collected and evaluated over 19,000 oils, publishing the results annually. More information on the IOM Engine Oil Database is available at the IOM data store.

IOM is a privately held company. Sister companies include King Refrigeration, Tannas Co. and Savant Labs, all of which are members of the Savant Group of companies. All four Savant Group companies are ISO 9001:2015 certified and actively participate in industry organizations involved with the advancement and quality control of lubrication such as the ASTM, ALMU, ATIEL,  SAE, ILSAC,  STLE, ILMA, EI and CEC.